The 2017 F1 US Grand Prix saw Mercedes-AMG Petronas Motorsport secure their 75th victory and, as a result, seal their fourth consecutive FIA Formula One™ World Constructors’ Championship. Completed in remarkable style with three races to go in the 2017 Championship, this marked their third championship title in partnership with Epson.

One week later in Mexico, Lewis Hamilton was able to hold off the competition and secure his fourth world title, his third with the Mercedes-AMG Petronas Motorsport team.

The challenge of the 2017 season was magnified by the FIA rule changes coming into the new season. They had the objective of speeding up the cars but also of shaking up the competitive order. The win of this fourth World Championship is testament to the team’s hard work and dedication to repeatedly deliver top-class performance. During the season, this unrivalled performance on track has seen Lewis Hamilton take the record for the most number of pole positions, beating Michael Schumacher’s previous record of 68.

This constant pursuit for the highest level of performance represents a shared value with Epson, which is committed to creating value that exceeds its customers’ expectations through continual innovation.

Since the partnership began in 2015, over 130 Epson products have been integrated into team operations at the HQ in Brackley, United Kingdom, and at the 20 Formula OneTM tracks worldwide, showcasing Mercedes-AMG Petronas Motorsports’ belief in Epson products to deliver when speed and reliability are crucial.

The 2017 season has also seen the team reach new boundaries off-track with the Mercedes-AMG F1 M08 EQ Power+ Power Unit achieving a conversion efficiency of more than 50% during dyno testing in Brixworth. This milestone again reflects the shared vision of these two world-renowned brands to develop a more sustainable society. Trackside, Epson support the team with multiple WorkForce Pro RIPS printers which are 95% more energy efficient than laser printers* and free up valuable power for other vital equipment from a sometimes limited power supply.

Toto Wolff, Head of Mercedes-Benz Motorsport said: “I am so proud of what has been achieved: winning across a rule change, something has never been done before in the sport, and doing it because every team member has dug deeper to find performance, been even more diligent on reliability and this has come together in the most special way. ”

Ian Cameron, General Manager of Brand and Communications at Epson said: ‘We are delighted to be celebrating our third consecutive World Championship with the team. It’s testimony to both Mercedes-AMG Petronas Motorsport’s and Epson’s constant desire to continually achieve ground-breaking innovation and performance on and off the track.’

Full details of the Epson and Mercedes-AMG Petronas Motorsport team can be found on the image below. 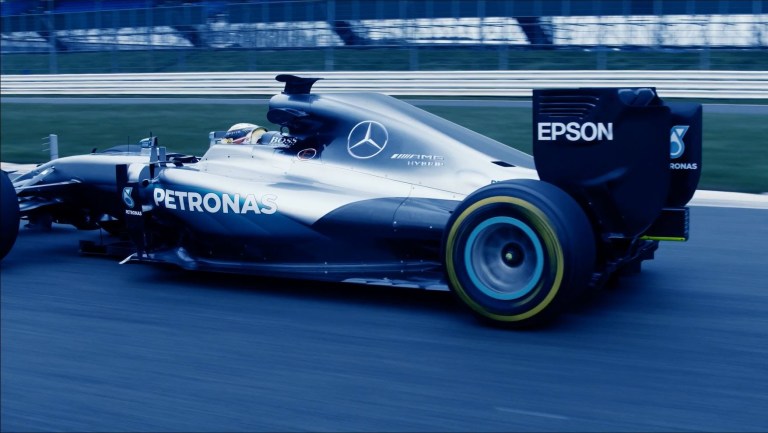